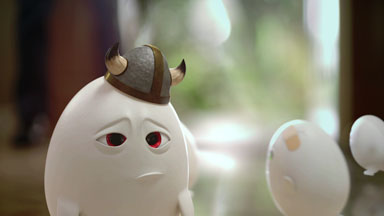 Little Leaks are a Big Deal for NW Natural

PORTLAND, Ore. — This week, Northwest Natural Gas Company, dba NW Natural (NYSE:NWN), and Hinge Digital debut, “Little Leaks,” a creative safety commercial that teaches the public not to ignore even the faintest odor of what could be a small gas leak.

The smell of natural gas – rotten eggs – and what to do when it’s noticed, are brought to life in the TV ad through advanced animation that also incorporates live action shots with real people.

“It was unique for us to create multiple animated characters for one television spot,” said Roland Gauthier, executive producer and founder of Hinge Digital. “It’s great because they can do things that live actors are not able to do.”

Hinge first conducted a live-action shoot in a real house. To stage the lighting for the animated characters that would be added later, Mr. Potato Head dolls were used as stand-in “actors” for the animated eggs who were later composited into the live action footage (picture attached).

Then back at the studio, Hinge added animated kid-like eggs to the scenes doing “rotten” things like hanging from a chandelier. The homeowner begins to take notice and leaves her house to call the gas company, which is exactly the right thing to do if you smell natural gas.

“Our safety messages are a top priority for us, and we want them to resonate in a way that’s memorable. This commercial uses unique animation to catch people’s attention and delivers important messages at the same time,” said Cory Beck, manager of communications and internet services at NW Natural. “We hope adults and kids alike will recall the little eggs and know to leave their house immediately if they smell a gas odor, no matter how small.”

NW Natural (NYSE: NWN) is headquartered in Portland, Ore., and provides natural gas service to about 689,000 residential, commercial, and industrial customers in Oregon and Southwest Washington. It is the largest independent natural gas utility in the Pacific Northwest. Additional information is available at www.nwnatural.com. 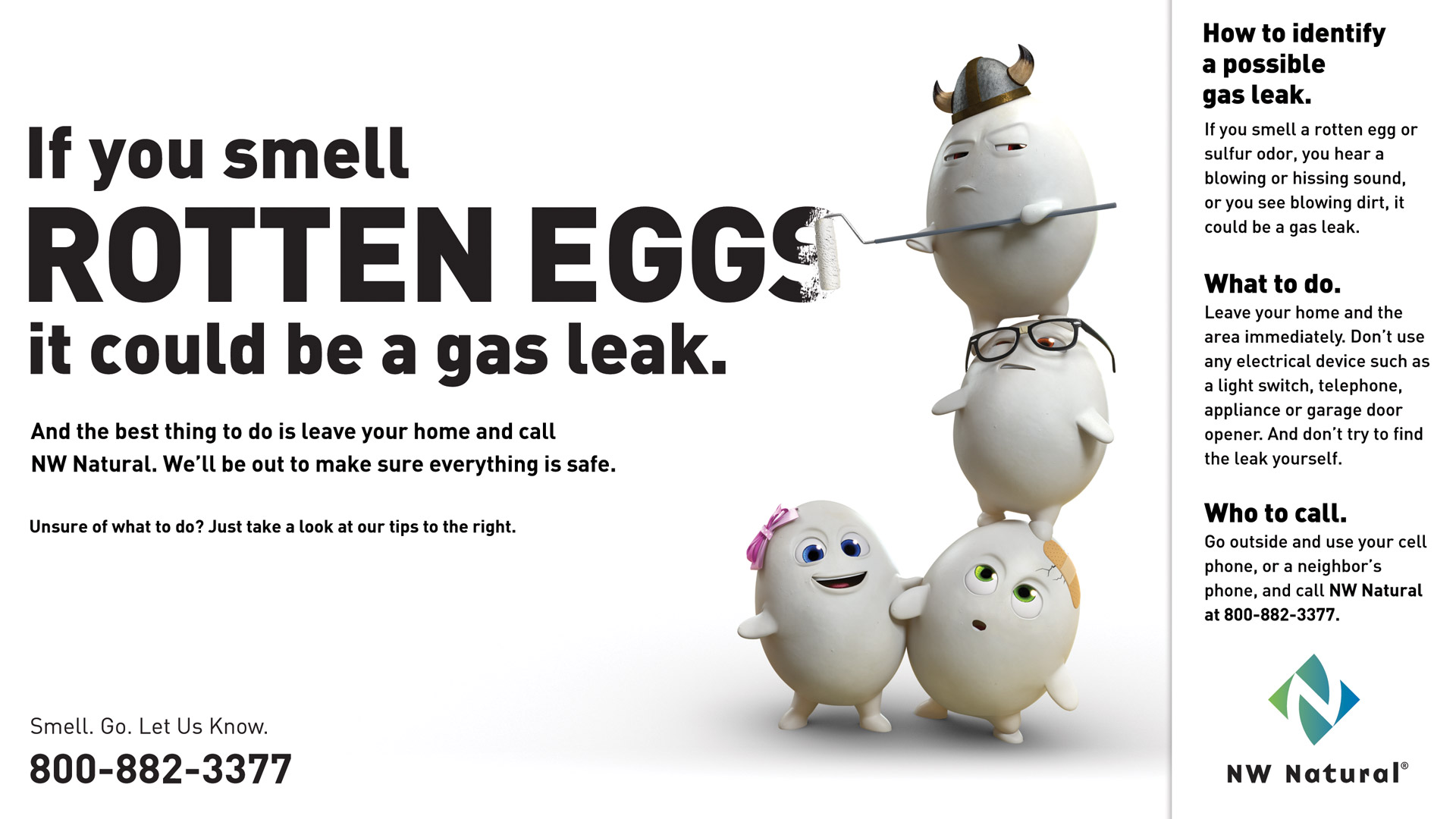