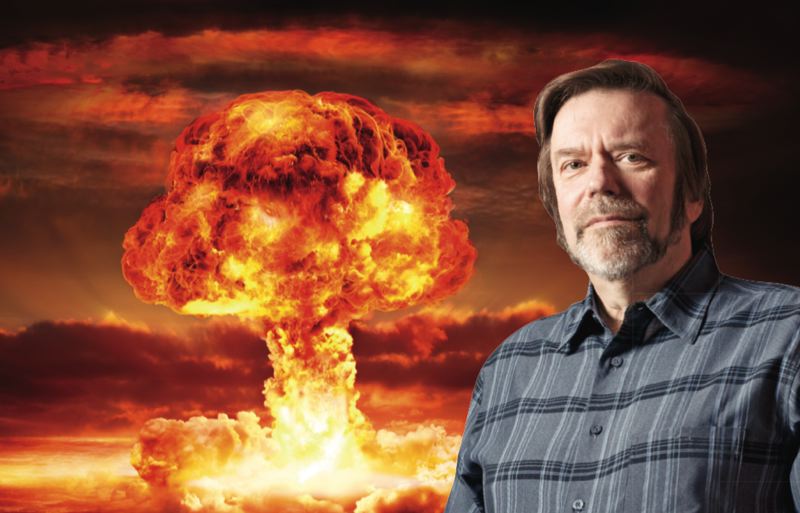 Hinge is a well-regarded creative studio in Northwest Portland on the cutting edge of software and creativity. Together with alumni of Sony, Disney and LAIKA, Roland Gauthier formed Hinge in 2009 to work in live action, 2D & 3D animation and post-production visual effects.

Portlanders may have seen their work for Toonami on Cartoon Network, the animated egg characters for NW Natural, the CARFAX Car Fox commercials or some Travel Portland animations based on food carts.

Gauthier says the software programs available today are just the latest tools of the moviemaking craft, and he still looks first for artistic flair and creativity in the people who use them.

“New software and hardware innovations help make our creative process faster and more efficient. With increased GPU and CPU power and rendering in the cloud, our team doesn’t have to wait as long to see results.” This means artists can iterate quickly and further refine their work. It also means the client or director can get more opportunities to see progress towards the final product.

The new iPhones with their face recognition and AR capabilities have piqued his interest, as he is due for an upgrade. He is also very tempted by the OLED screen to preview Hinge work on the go. The sense of power in the hands of makers and consumers alike it strong right now.

Gauthier and Hinge are pushing hard to bring their immersive visuals and storytelling into AR and VR (Augmented and Virtual Realities), and also use those new tools to make moviemaking easier. Directors, for instance, can now don VR goggles and “walk through” a complicated shot before they shoot it. “That’s good to do before you rent a helicopter.”