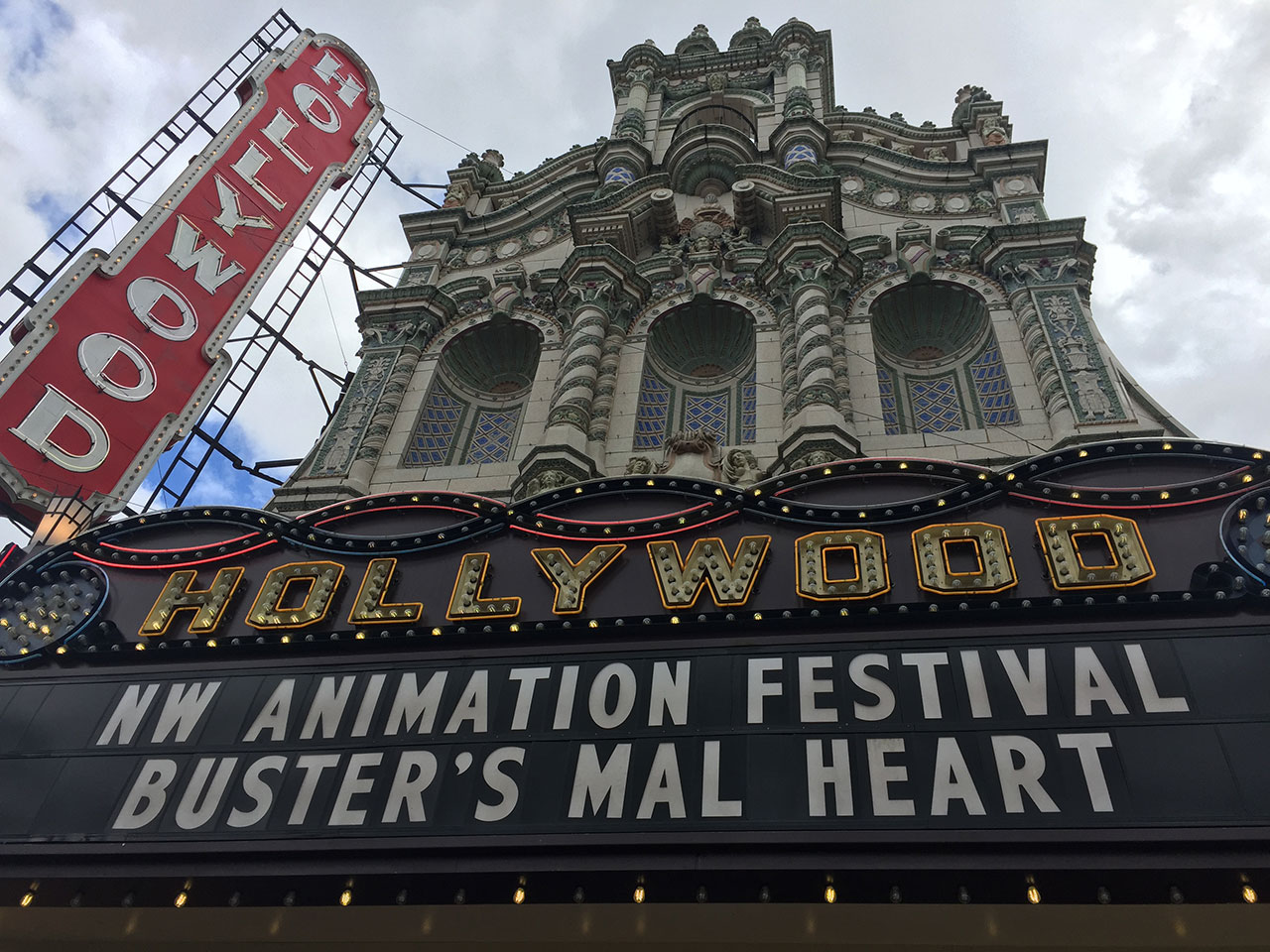 Hinge & Toonami were in great company at the Northwest Animation Showcase! The show, hosted at Portland’s Hollywood Theatre, was filled a wide range of styles and flavors from Portland and Northwest-based indie animators and studio directors from housespecial, Bent and Hinge. The screening was followed by a panel discussion and Q&A session.

It was awesome to see Toonami Intruder 3 projected on the Hollywood Theater’s giant screen!