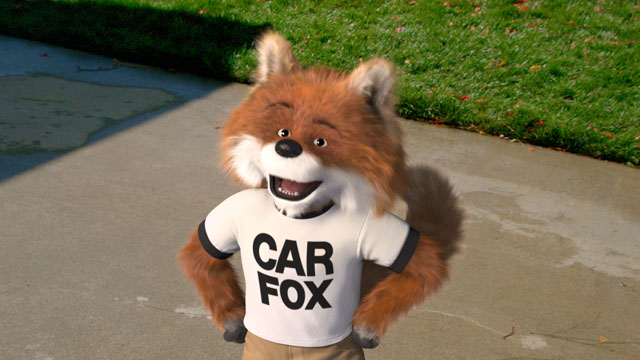 When Zimmerman Advertising approached Hinge Digital to bring the beloved Carfax Car Fox to life in CG, we jumped at the opportunity to apply our extensive experience in character development, animation, and visual effects to a national advertising campaign.

Building on a collaboration of several years on over 30 animated commercials, Zimmerman and Hinge began Car Fox’s character development in 2011. Working very closely with the agency and Carfax, Hinge created the spokes-character in CG to seamlessly integrate into the live-action. “We saw this as a unique collaborative opportunity—one that would give Carfax access to high-end vfx and allow Hinge to showcase its work in the national advertising arena.” said Roland Gauthier, Executive Producer.

Alex Tysowsky, Hinge Digital’s Animation Director, was intent on creating a digital version of Car Fox to perfectly match the live-action puppet previously used in the spots. To do so, he relied on his extensive film animation experience. He helped the rigging and animation teams accurately depict Car Fox’s physicality, personality and movements. “From the word ‘Action’ at the shoot, we knew we were going to be a part of something special,” said Tysowsky.

To see the rest of the work visit CARFAX at hinge’s website.